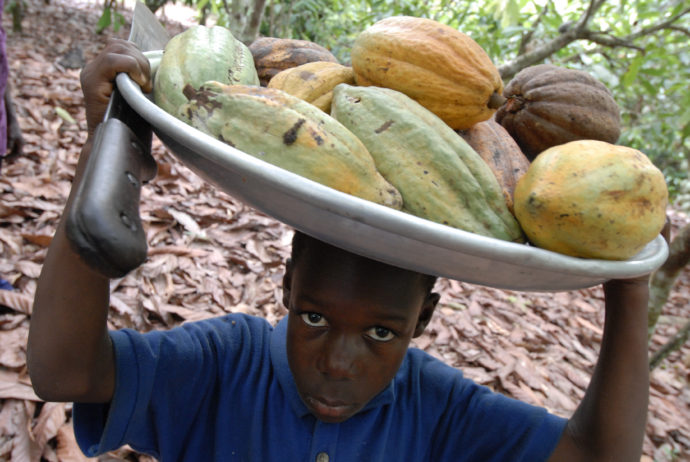 Ann-Sofi Sidén –-one of Sweden’s foremost contemporary artists, whose work to document the stories of women trafficked along the borders of Western Europe led to a series of video installations and photogravures. Kay Chernush — an award-winning American photographer who captured powerful images of victims on assignment in Africa, Asia, and Latin America and was moved to devote her life to raising awareness of this issue. Prum Vannak, a Cambodian survivor of modern day slavery, sharing his story in drawings.

A presentation and discussion with Kay Chernush and Anita Alvin Nilert was held on November 1st, moderated by Ulrich Mans,Political and Legal Advisor for Human Rights and UN Affairs at the EU delegation to the US. focusing on different vantage points of the artists to raise awareness of the world-wide prevalence of human trafficking and the pressing need to combat it.

Ann-Sofi Sidén (Sweden) The video “Diary Entries” is part of the artist’s work, “Warte Mal!” (1999), a 13-channel video installation exploring the lives of those exposed to Eastern European trafficking along the German/Czech border. Exhibited in major art institutions in Europe, the installation is in the collections of the Modern Museum of Athens and Moderna Museet, Stockholm. The photogravures “After the Fact” (2007) follow a young woman who anonymously leaves her baby in a hatch at a Berlin hospital evoking fears of abandonment and feelings of empathy.

Kay Chernush (USA) “Borderless Captivity” is a series of documentary photographs taken while on assignment for the U.S. State Department and anti-trafficking NGOs in Thailand, India, Ghana, and Brazil. The collection includes close-up portraits, scenes of child labor, images of survivors of sexual exploitation, and hazy landscapes of slave labor.
These global assignments motivated Chernush to start ArtWorks for Freedom and commit her life to raising awareness of these crimes against humanity.

Prum Vannak (Cambodia) Self-taught artist Vannak’s intricate and colorful drawings tell the story of his four years enslaved first on a Thai fishing boat and subsequently on a Malaysian palm oil plantation. After an NGO helped him return to his family, he told his story through his drawings and texts, which comprise the foundation for his upcoming book, The Dead Eye and the Deep Blue Sea: A Graphic Memoir of Modern Slavery (publishing date: Jun 2018). 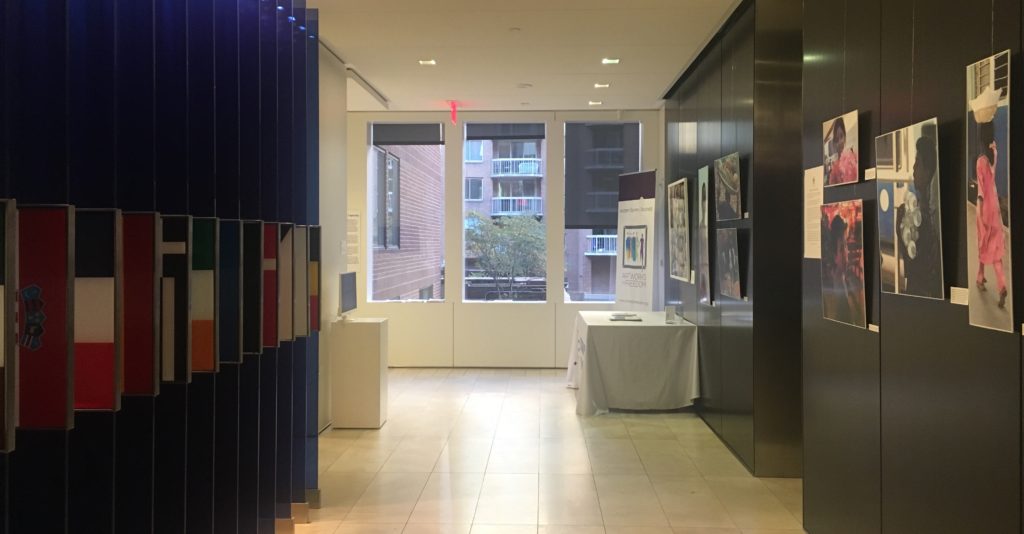 “Warte Mal” is German and translates to – “Hey Wait!”. It is what the girl’s standing along the extended red light district of E55 between Dresden and Prague screamed to potential clients. It became the title of Ann-Sofi Sidéns seminal work, “Warte Mal!” 1999, a 13 channel video installation which intimately revolves around the lives of those exposed to the extensive eastern European trafficking along the German/Czech border after the Velvet Revolution. The installation gives a kaleidoscopic view of trafficking from all sides, interviews with; pimps, motel owners, prostitutes and clients. The photographic and video material was collected by the artist on her many trips to the area in 1998 and 1999.

The EU delegation’s Washington DC headquarters exhibition  includes “Diary Entries”, one of the 13 video channels, an excerpt from the all encompassing “Warte
Mal”!. which has been exhibited at: the Vienna Secession, London’s Hayward Gallery, the Kölnischer Kunstverein, le Musée d’Art Moderne De La Ville de Paris; and is part of the collections of the Modern Museum of Athens and of The Moderna Museet, Stockholm. This is the first time a part of the work is on view in the US.
The exhibition also features a series of Ann-Sofi Sidéns photogravures titled, “After the Fact”, 2007 which derive inspiration directly from the 6 channel video installation “ In Passing “2007.

The viewer follows a young woman who anonymously leaves her baby in a hatch at a Berlin hospital, addressing desperation, fears of abandonment, empathy and our value as human beings. Austrian TV interview.

Ann-Sofi Sidén is one of Sweden’s most internationally renowned contemporary artists. Among countless exhibitions and honors she was selected to exhibit at the Carnegie International 1999-2000 in Pittsburgh, and by curator Harald Szeemann for the Venice Biennial in 1999.
In awarding Moderna Museets Sculpture prize 2009 the jury’s motivation reads, “Ann-Sofi Sidén persistently seeks the sculptural dimension, even in her work with moving images. She often transports us to places we try to forget or repress, but never presents a one-dimensional picture of right and wrong. Her work tears down “the only story” with a myriad of voices, situations, moments and narratives. With unusual courage, formal proficiency and intellectual persistence, she points out a possible road for artists to explore and visualize the world of today.”

Press coverage of the exhibition included in Afghan language Voice of America.